Reports are out claiming that Real Sociedad boss David Moyes admits he may raid the Premier League transfer market in January. 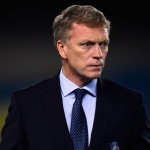 The former Manchester United and Everton manager says he is keen to do business where he is comfortable.

“The president has been very good with me and he is going to let me see what I can do. But I am still assessing [my squad]. My intention is maybe going into the loan market and bring in a couple of players. I don’t think I’m going to be going out and spending big money but if I can boost the squad and give everybody a lift then I will try to do that.

“January is never the best [time] but if there are boys who could come here and help the team and we can have a look at them for six months then we’ll do that,” he continued. Asked if that meant turning to the Premier League, Moyes replied: “Obviously, I know the British market.

“I will work together with Loren [Juarros], the sporting director. I will take the advice from him because I don’t know the Spanish market well enough, just as when it comes to the British market I will know better. If he tells me there are a couple of good loans in Spain [we’ll look at that] and I know Britain and Europe. So what we will do is look at that and see what is available.

“We will work on it together but when it comes to the final verdict, I will be the one who makes that decision. I will have the final say.”