It has been reported that Real Sociedad fans are excited by the appointment of former Manchester United and Everton boss David Moyes. 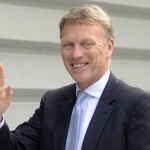 The Scotsman will be unveiled to the local media later today.

Diario Vasco’s football chief Imanol Lizasoain told the Daily Mail: “People expect him to give character to the team.

“The last coach was shy, a former teacher who wasn’t really known. He didn’t express himself so much to the players. He was quiet.

“The fans worried that there was not so much aggression in the team. That is what they expect from Moyes, coming from England and the Premier League. They want him to give the team some fight because there are good players, capable of finishing in the top six.”