Reports are out claiming that Real Sociedad winger Antoine Griezmann has agreed to move to PSG at the end of the season. 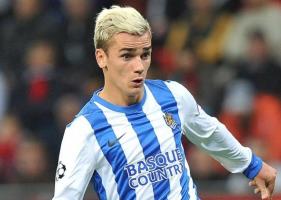 Punto Pelota reported that the France U21 international has rejected a recent offer from Atletico Madrid and instead will move to Paris this summer.

It is said that PSG are prepared to meet the €30 million buyout clause in Griezmann’s contract and Real president Jokin Aperribay won’t stand in his way.

Griezmann, who has spoken about moving to Arsenal or Manchester United, is understood to be excited by the prospect of returning home to France.

The winger has spent his entire professional career in San Sebastian after receiving a series a knock-backs from French clubs as a junior.