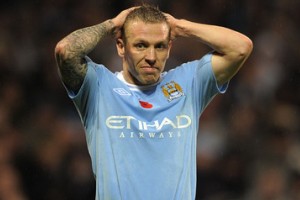 Redknapp has revealed that he is a huge admirer of Bellamy and would be interested if the Wales striker became available in an Eastlands shake-up following the appointment of Roberto Mancini.

Redknapp told reporters that Bellamy is a good player but he belongs to Manchester City. He then said that he is sure that the club will not want to sell him.

Redknapp also revealed that he trier to sign Bellamy before the striker signed for Manchester City.