It has been reported that former Premier League manager Harry Redknapp believes Manchester United are wasting their time pursuing some of football’s biggest names. 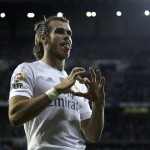 The Red Devils were unsuccessful in attempting to lure the likes of Gareth Bale, Neymar and Thomas Muller to Old Trafford this summer, instead signing unproven French teenager Anthony Martial for £36million.

“I don’t think they were ever going to get them, ” Redknapp told Express Sport at the Football for Peace event.

“Would you swap Real Madrid and go to Man United? I Wouldn’t.

“Man United is one of the greatest clubs in the world, but Real Madrid, you’re talking about a team that could win the Champions League this year, and United aren’t going to do that. Real Madrid could win it.

“How much higher do you go in your football life than playing for Real Madrid?

“Gareth Bale isn’t coming at the moment. I think he could come back to the Premier League one day, but I think at the moment it’s very hard to leave Real Madrid.

“It’s not like you’re leaving a poor second rate club. It’s possibly the best club in the world even bigger than Barcelona really, so where do you go?

“The top clubs at the moment are Barca, Real and Bayern Munich then you’ve got United, City and Chelsea.”