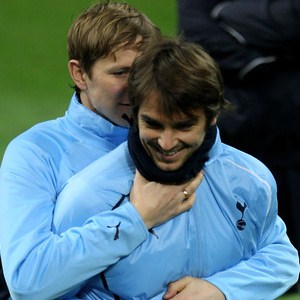 According to Tottenham manager Harry Redknapp, Niko Kranjcar is a great player who simply has had his share of bad luck.

The 26-year old Croatian international winger has seen limited game time in the past year-and-a-half with Spurs, mainly because he has always found someone better in his position.

The former Portsmouth star has made it clear that he may depart White Hart Lane in the summer if he can’t get more minutes and from Redknapp’s comments, he may not be given that opportunity, although the Spurs boss does feel for him.

Redknapp told Croatian newspaper Sportske Novosti : “Niko’s a great player and a great guy, very polite, but the guy just has no luck,”.

“I don’t want him to leave the club – he was fantastic last season – but we’ve got Gareth Bale out on the left of midfield.

“Believe me, he’ll be back in the team. I don’t know when, but he will be back.”