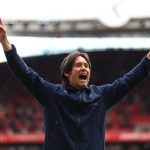 Reports are out claiming that released Arsenal midfielder Tomas Rosicky hopes to continue playing next season.

The 35-year-old has had his time at the Emirates ravished by injuries but he is determined to end his career on a high.

He will travel to France for the Euros with the Czech Republic this summer and he hopes to put himself in the shop window for a potential move.

He told The Times: “At the moment I’m not thinking about retiring, I want to focus on the Euros and go from there. We [the Czechs] will be very uncomfortable for every opponent, the group is difficult but we are the type of team who have a good shape and we fight for each other. They are tournament attributes which you can use very well.”