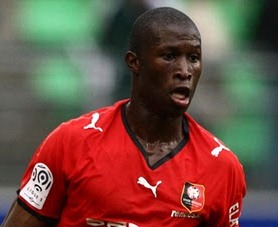 Reports are out claiming that Rennes fullback Rod Fanni is keen on a move to Liverpool.

According to The Daily Mail, the Premier League giants have stepped up their attempts to sign the French international defender.

It is said that Fanni is willing to move to Anfield ahead of his boyhood club Marseille if Liverpool can agree a fee with his club first.

On their part, Rennes is said to be demanding more than £3million and Liverpool have indicated that they are willing to match the asking price.

It is said that Fanni’s versatility, which allows him to play in two positions – is an attractive proposition for Roy Hodgson, particularly with doubts over the futures of Daniel Agger and Glen Johnson.