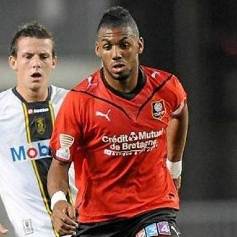 Rennes midfielder Yann M’Vila knows a big performance against Europa League opponents Celtic can earn him a move to the Premier League.

Arsenal boss Arsene Wenger will do battle with AC Milan and Manchester United in January for M’Vila — after failing with a £22million bid in August.

“The future is in the distance. I can’t influence it but if I am to get anywhere I have to perform at places like Celtic Park.

“I’m very happy to be here and to have the chance to play in such an amazing stadium.

“I’ve heard so many great things about it and it’s time to find out if they are true.”

Arsenal UNBEATEN In Two Years With Mertesacker, Koscielny In Team