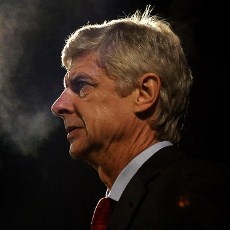 Arsène Wenger said there was never a possibility of Arsenal refusing to hold a guard of honour for the Premier League champions Manchester United at the Emirates Stadium on Sunday.

Robin van Persie can expect a hot reception at the ground, where passions still run high among some supporters over the striker’s departure left last summer in a £24m move, but Wenger wants fans to respect the former Arsenal captain.

There have been suggestions those disgruntled supporters will turn their backs in protest when the teams come out from the tunnel before the game. Wenger, though, insisted the club were right to follow tradition. United performed a guard of honour in 2005 for Chelsea, who then returned the gesture two years later. The Blues also honoured Arsenal when they visited Highbury in 1991.

“When you work somewhere abroad, you have to respect the culture of the country. That is part of the tradition of English football and I want that to be respected,” Wenger said.

Wenger hopes Van Persie’s return will not overshadow the importance of his side producing the required result as they look to close in on a top-four Premier League finish that would secure Champions League qualification.

“I am looking forward to our performance on Sunday more than anything else. You focus on your own team and it’s an interesting opportunity for us to achieve something special on Sunday. We want to take this opportunity,” he said.

“We respect Robin van Persie like every other player who has left us and came back to the Emirates. I want the player to be respected like everybody else. I always said that for every single player who left, even some of them in much more controversy than Robin van Persie.” Arsenal’s Jack Wilshere Out For Eight Weeks With Hairline Fracture