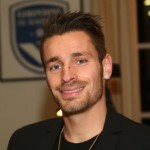 The Mirror reported that United presented themselves as a surprise option with Louis van Gaal facing a defensive crisis – and Debuchy had been extremely keen.

Wenger, however, categorically refused to sanction any deal which would have seen the Gunners strengthening a rival in the Premier League.

Debuchy had been interested in the move to Old Trafford as his first choice would have been to remain in the Premier League.

Instead he moved to Bordeaux on loan to reignite his career during the second half of the season.