It has been reported that Arsenal missed out on THREE central defensive transfer targets in the final days of the summer market. 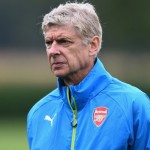 The Telegraph says Arsenal made bids for at least three central defenders during the final week of the transfer window.

Kostas Manolas decided to join Roma ahead of the Gunners, while Arsene Wenger was put off his Greece international team-mate Sokratis Papastathopoulos by Borussia Dortmund’s £16 million asking price.

Arsenal made an inquiry over Manchester City’s Matija Nastasic on the final day of the transfer window, but the Serb decided to stay at the Etihad Stadium even though he is unlikely to play much first-team football.