It has been reported that Manchester United are in the boxseat to land Cristiano Ronaldo – should he decide to leave Real Madrid. 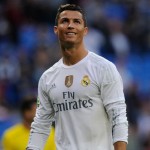 United and PSG have been linked with the Portugal international in recent weeks.

Marca, however, says should the option be given to Ronaldo to leave Real, he would only do so if United were willing to welcome him back.

Ronaldo is tied to Real until 2018 and has refused this week to rule out leaving Madrid.

However, agent Jorge Mendes has stated: “Cristiano loves Manchester United and Madrid, but he will continue his career in Madrid until the end.”

Nuri Sahin : Saying Goodbye To Borussia Dortmund Will Be Difficult