It has been reported that Chelsea boss Jose Mourinho was beaten by Arsenal for former Real Madrid midfielder Mesut Ozil last month. 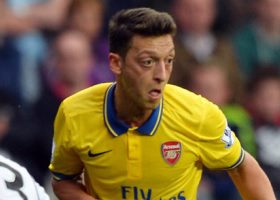 According to Spanish reporter Jose Luis Sanchez, speaking on sports show Jugones, the Portuguese boss made contact with his former club in an attempt to beat his Premier League rivals to the signature of the 24-year-old German international.

“Mourinho wanted to sign Mesut Ozil, but arrived late because the offer had been received [from] Arsenal for Real Madrid,” explained Sanchez.

Aside from the failed move for Ozil, the 50-year-old coach also made offers for Ozil’s international colleague Sami Khedira and Portuguese defender Fabio Coentrao.