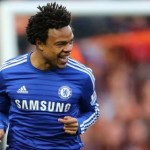 Reports are out claiming that former QPR boss Harry Redknapp has revealed Arsenal made an attempt for Chelsea striker Loic Remy.

The former QPR boss told the Daily Telegraph: “I got a phone call on the Saturday before the transfer window shut saying that he had done a deal with Chelsea. Arsenal were in for him as well, we had Arsenal and Chelsea trying to sign him and he chose Chelsea.

“I was surprised he went to Chelsea, I thought he’d go to Arsenal. I could see Arsenal, but I couldn’t really see Chelsea because I thought “he’s not going to play there.”