It has been reported that Juventus chief Beppe Marotta feels Radamel Falcao would be playing in Italy if not for Manchester United. 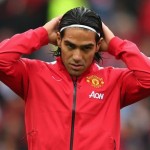 The Colombian international striker joined United on-loan from AS Monaco in the final days of the summer market.

Marotta revealed: “We followed him, there was contact. We were very close to Falcao, the will of the player was to give priority to Italy and our club.

“But then in stepped United, which has a purchasing power of the highest level.

“After that, the deal became remote.”