Reports are out claiming that Manchester United have asked Barcelona for Brazilian star Neymar. 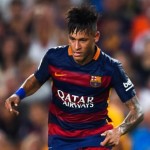 The Sun reported that United are in talks to sign Barcelona forward Neymar.

A Barca source said: “United are one of the biggest clubs in the world so it is right they should be chasing a player who has the potential to be the best player on the planet.”

Sir Alex Ferguson Pleased With The Performance Of Shinji Kagawa