Reports are out claiming that Manchester United are willing to commit a staggering €325 MILLION to prise Neymar away from Barcelona. 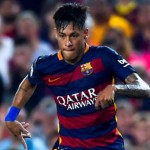 It broke in Brazil yesterday that United informed Barca’s board they would be prepared to meet Neymar’s €190 million buyout clause.

And The Sun says in total, United would commit €225 million – including taxes and agents’ fees – to bring Neymar to Old Trafford. A further €100 million would be paid to Neymar for a salary package of €20 million for five years.

Josep Maria Bartomeu, the Barca president, reacted to the news last night by insisting the club wants the Brazilian to retire as a Barca player.