Manchester United striker Robin van Persie has admitted that he is a big fan of Arsenal ace Alexis Sanchez. 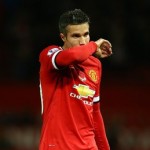 The Dutch international admits he loves watching the 25-year-old in action.

“I always liked him, even at Barcelona,” the Manchester United striker told BT Sport.

“I think during the World Cup he did really well with Chile. He’s a really good player, very dynamic, his pace, his technical [ability].

“He can give you everything, and those players I do like.

“You have to change your game during the game sometimes, you have to look at how the game is going and what does this particular game ask from a certain player.

“He can definitely adapt and play different styles, he can go in behind and score the goals.