It has been reported that Manchester United have named their released players. 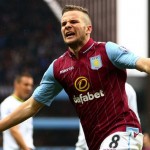 Following Tom Cleverley’s move to Everton, goalkeeper Ben Amos is also leaving the club after making seven senior appearances for the Reds. The 25-year-old spent time with Bolton Wanderers on a loan basis last season and enjoyed seven years as a professional at Old Trafford.

Under-21 captain Tom Thorpe, who lifted numerous trophies at youth level during his stay at the club, is free to move on after making more appearances than any of his colleagues for Warren Joyce’s title-winning side last term.

Fellow defenders Callum Evans and Ryan McConnell, who were also part of the Under-21 squad, are others to be heading to pastures new over the course of the summer.