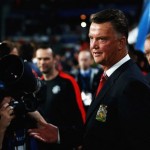 The Telegraph says United lost out on a staggering £35million by failing to qualify for last season’s Champions League.

The Red Devils finished seventh in the 2014/15 campaign which culminated in the sacking of David Moyes.

However, the financial set-back didn’t prevent the club from dishing out a whopping £250m on new signings for Louis van Gaal.