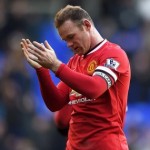 It has been reported that Manchester United are staring at a £150 MILLION black hole this season.

Back-to-back failures to qualify for the Champions League could cost United £150million, reports the Daily Mail.

Professor Ellis Cashmore, from Aston University, explained: “It’s hard to quantify but in terms of reputational damage you could be talking treble the £50m.

“United need to qualify and the Glazers will want them to qualify but if they don’t the long-term damage caused by underachievement could actually be more important.”

Prof Cashmore believes United have already lost some of their aura.

‘I’d compare it to the Dallas Cowboys in the NFL,” he said. “Throughout the late 80s and 90s they were huge in America but then they started to struggle and their brand was damaged by it.

“I think we have already seen that with United and it will affect their commercial pulling power.”