Chelsea boss Jose Mourinho has declared that Radamel Falcao is fully fit for the start of preseason. 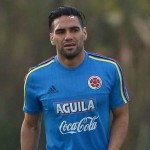 Falcao looked a shadow of the feared striker he once was at Atletico Madrid, while on loan from Monaco at Manchester United last season.

“He didn’t perform (at Manchester United) for many reasons, it is not up to us to analyse it,” Mourinho said. “We just think he can with us.

“To replace a big player like Didier (Drogba) we wanted to go with another big player with experience, who is ready.

“When a player is injured or has bad consequences of a big injury there is sometimes nothing you can do. We made ourselves sure that that was not the case with Falcao because if that was the case he would not be with us.