Reports are out claiming that Manchester City hero Rodney Marsh claims Arsenal have had a bid for Karim Benzema accepted by Real Madrid. 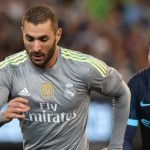 The Gunners are believed to have had a bid accepted for the Real Madrid front man and the move could pick up steam in the coming days.

Marsh told talkSPORT: “I had a phone call from a mate of mine, and he’s been right on many things, and he said that he believes Real Madrid have accepted a bid somewhere in the region of £48million for Benzema from Arsenal.

“In the past this guy has always been right, he’s never been wrong yet, so we’ll have to wait and see.” Arsenal To Slap In Opening Bid For Winston Reid