It has been revealed that Juventus are fielding enquiries from six European heavyweights over the future of Paul Pogba. 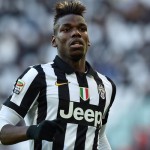 The former Manchester United junior’s agent, Mino Raiola, has stated in recent days a Juve sale this summer cannot be ruled out.

Juve appear to be already preparing to sell Pogba, having made contact with Zenit St Petersburg midfielder Axel Witsel in recent days.

“And when he does leave, the transfer will exceed the record of Cristiano Ronaldo,” declared Raiola.