Chelsea boss Jose Mourinho is the biggest spender in football. 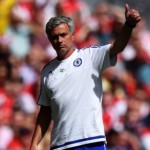 Corriere dello Sport has published a report on the biggest spending managers in the game – with Mourinho having burned up €903 MILLION on transfers during his career.

Interestingly, only three of the top ten biggest spenders have not worked in England.