It has been reported that Manchester United boss Louis van Gaal HUMILIATED Robin van Persie in front of teammates last week, it is claimed. 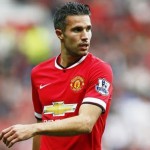 The former Arsenal striker is expected to join Fenerbahce.

And the Mirror says the striker, 31 is leaving because he feels he’s been humiliated.

It’s claimed a full-scale practise match was held at Carrington on Tuesday in which all the United players played in.

Except Van Persie. He was told to train on his own.

Van Persie, who believed he had a United future, felt Van Gaal rubbed salt in the wounds by delivering the bombshell in front of team-mates rather than telling him one-to-one.

It was then the Holland star realised his time was up.