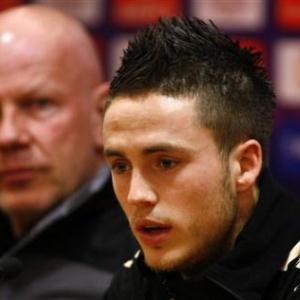 According to his agent, Utrecht striker Ricky van Wolfswinkel is waiting to hear from Premier League giants Liverpool and Tottenham.

The talented 21 year old has been linked with both Premier League clubs since the beginning of the season.

Louis Laros told sport.co.uk : “At this moment it is unlikely Ricky will move because I have not received an concrete offer from either Tottenham Hotspur or Liverpool,”.

“I cannot say at the moment if it is serious interest, an enquiry, or just rumours. We are waiting for calls from both clubs, as we need an official offer from Liverpool or Spurs to proceed.

“He is eager to move and he finds Tottenham and Liverpool both very interesting opportunities. In the game against Liverpool he got injured, and he is still a couple of weeks off being fully fit, but everything has gone well.

“But as I said, I have not had an offer from either club, so we are waiting.”