It has been reported that former Manchester United defender Rio Ferdinand has commented on David Moyes’ season in charge. 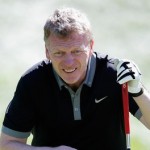 Ferdinand described it as “unsettled”.

He wrote in the Mail on Sunday: “Unsettled is perhaps a good description of our club season. We weren’t playing well and those fluctuations in consistency take their toll. United fans rightly want success and it gets stressful for everyone when it’s elusive.

“The pressure mounted. Questions started to be asked about David Moyes’s future as manager. That adds pressure all round. Who might he buy? Who would play? Was he even staying, or going?

“It was always going to be a tough season. Moyes replacing Sir Alex has to be the toughest gig in football.”