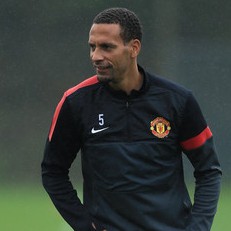 Reports have emerged that Manchester United defender Rio Ferdinand has put off new contract talks until the summer.

United boss Alex Ferguson revealed that his centre-half will be offered a one-year deal at the end of this season.

The 34 year old admitted: “It is always good to hear the manager say things like that but you have to take every week and month as it comes.

“The best thing I can do is to look at it at Christmas, and then again in the summer to see how I’m feeling and go from there.” Man Utd In Contact With Galatasaray For Fernando Muslera