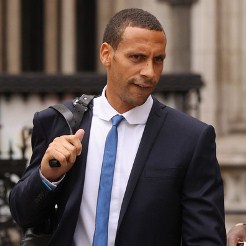 The Sunday Mirror revealed that the former England ­skipper, 32, will decide whether quitting the ­international scene will prolong his Manchester United career.

Ferdinand was dropped from Fabio Capello’s last squad for the final Euro 2012 qualifier against ­Montenegro.

Ferdinand, who has won 81 caps, is believed to be torn between extending his international career, given the succession of injuries he has endured recently, and playing for United.