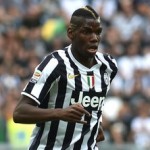 The former England international captain is tipping the Juventus midfielder for a big World Cup with France.

He wrote in the Mail on Sunday: “I know from his time at Manchester United that Pogba is ridiculously talented and it is unfortunate that a complicated contract situation meant he left. I was sorry to see him go. Everyone at United knew he was going to be a super player when he arrived at 16 from Le Havre.

“He told me before he left he wants to be the best player in the world. He said it deadpan but meant it. He is like Patrick Vieira, only more skilful with a greater range of abilities. That’s how highly I rate him.”

Arsenal Target Julian Draxler Yet To Decide On Schalke Future