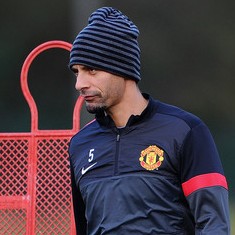 It has been revealed that Manchester United are ready to hand Rio Ferdinand a new one-year contract.

The Daily Star claims that the Premier League giants are expected to open talks next month with Ferdinand, 34, over a 12-month contract extension.

United’s policy is to offer one-year deals to players over 30. His current deal expires in the summer.

He is weighing up his future, with clubs from China, the Middle East and US ready to try to tempt him abroad with big-money offers.

But he has overcome doubts about his fitness to prove he is still a key figure for United, despite his advancing years. Everton Urged To Get Physical With Manchester United