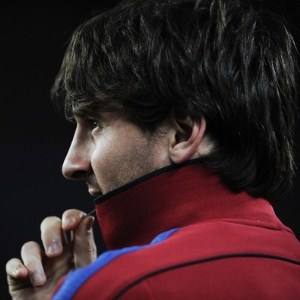 The newly-crowned English champions will go head to head with the Spanish La Liga winners in the Champions League final at Wembley Stadium on May 28.

Much of the talk in the build-up has been centered around Argentine ace Messi, who continues to mesmerize each and every defence he comes up against.

Ferdinand is well aware just how good the 23-year old is but has made it clear that it will require a full team effort to thwart his influence although he did say that Barca will also be wary of the talented United squad.

“Messi is one of the best players in the world,” Ferdinand told talkSPORT.

“He can hurt you anywhere on the pitch. But it’s not just going to be down to one or two people taking care of someone like him, the whole team has to do it.

“They will thinking the same thing with the players we have got. We have players that can hurt you from all over the park.”