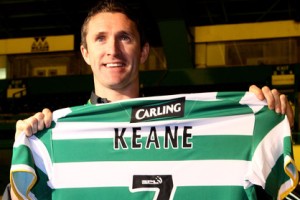 Robbie Keane has been named Clydesdale Bank Premier League Player of the Month for March.

The Republic of Ireland international’s efforts were not enough to prevent the Hoops all but surrendering the title to Rangers.