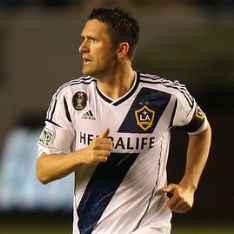 Robbie Keane has implored his LA Galaxy teammates to come together so they can bounce back from the disappointing defeat at the hands of New England Revolution.

The reigning MLS champions lost 3-1 to the Revs at home to make it two losses and one win so far this campaign and Keane, who netted his side’s only goal, has called for a much improved effort when they take on the undefeated Sporting Kansas City this weekend.

““We can’t point the fingers at just the defenders,” Keane said. ”

“We have to take this as a team, as a group of players. We have to accept it and not keep our heads down and be babies about it, get on with it, be a man and make sure we’re ready for next week.”

Rafael van der Vaart : I Hope Arsenal Are Getting Nervous!