It has been reported that Robert Pires would love to return to Arsenal. 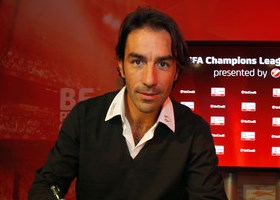 The 40-year-old, who is training at Arsenal’s Hertfordshire base to maintain fitness levels, would view the opportunity to work alongside Wenger once again as “a dream”.

Speaking to IBTimes UK, Pires said: “I have not spoken to him about that because he has recently appointed another former Arsenal player Steve Bould to assist him, but for me it would be great.

“Coaching with Wenger is a good opportunity to learn. In the future you never know.” Thierry Henry Convinced Arsenal Can Win The Title This Season