It has been revealed that Arsenal legend Robert Pires feels they can build on their FA Cup win. 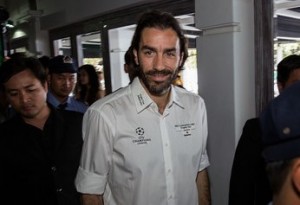 However the Frenchman warns Arsenal must invest in Arsene Wenger’s squad.

“The club’s last Premier League title was ten years ago now. It was an amazing season, we were unbeaten and it was a special time for Arsenal.

“It’s very important when you play for big clubs that you win trophies, so today was very important for the club. The FA Cup is a great trophy, a historic competition in England.

“It was important for the team and for Arsene Wenger as well and I hope they can win more from now on.”

Pires also told TalkSport: “I think the club need to spend a lot of money over the summer to prepare for next season.

“The objective is always to compete in the Champions league and the Premier League, and with Fabianski leaving and Sagna probably going as well, we need to build on the squad.” Arsenal’s Mathieu Flamini On The Verge Of Joining Galatasaray