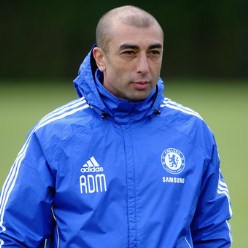 With the signings of creative players such as Eden Hazard and Marko Marin already confirmed, and the possibility of more additions to come, Di Matteo’s immediate focus is on closing the gap on last season’s top two.

“I had a wonderful break with my family, it was very enjoyable but now the work starts,” he admitted on Chelsea TV.

“I have to start planning for pre-season. We’ve lost a few players who are out of contract and we’ve already signed a couple of players, so there will be a slight change, but there won’t be a complete overhaul of the squad.

“I won’t discuss now what we will do in the market, all of that takes place behind the scenes, but we will try to make the right signings for the functionality of the squad.

“We certainly want to do better in the league; last season was a difficult one and we want to bridge that gap between us and the two Manchester teams and obviously continue to do well in the cup competitions.”