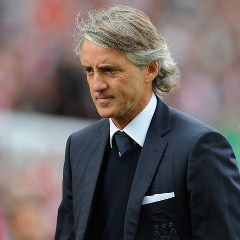 Manchester City boss Roberto Mancini has declared that Arsenal can be title challengers this season.

Certainly, while most pundits expect the Premier League title to be won by either of the two Manchester clubs or Champions League winners Chelsea, the former Inter Milan boss is not writing Arsenal off recapturing the crown for the first time since 2004.

“Arsenal can compete for the title this year,” said Mancini.

“They have less pressure from last year because they have sold two or three important players like Robin van Persie and Alex Song.

“Maybe they can do better than last year for this reason.

“Plus all the players he bought are good players with experience.”