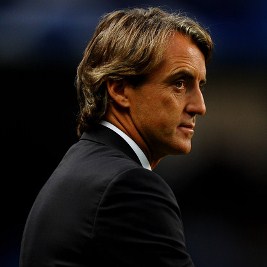 Roberto Mancini insists that the Manchester City squad is not deep enough after their draw at Fulham.

The club’s mega-rich Arab owners have spent more than £300million on talent in the past three years.

However Mancini moaned: “We’re lacking players at this moment. I can only change the full-backs or the strikers.

“I have only two midfield players, as James Milner and Nigel de Jong are injured. I don’t have players at this moment.”