Reports are out claiming that Inter Milan boss Roberto Mancini has played down talk of being reunited with Liverpool striker Mario Balotelli. 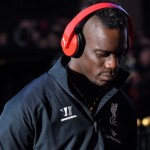 The pair worked together at Manchester City.

Mancini said: “I love Mario as a player and as a person and I hope he can play well with Liverpool. His quality is top, even if he isn’t going through a good moment.

“About taking him in with Inter, I think the situation in Italy would make things difficult for him.

“But that’s not about me, I have no problems. Now he’s in Liverpool, a great club, and that’s where he must play well.”