It has been reported that Everton boss Roberto Martinez has no doubts about playing John Stones in their FA Cup quarterfinal against Arsenal. 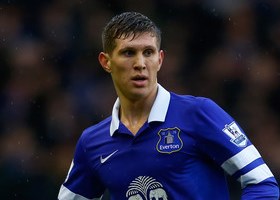 With it looking increasingly likely that Phil Jagielka will miss out with a hamstring injury, the 19 year old may again deputise for the captain at centre-half.

Martinez told evertontv: “John has been performing really well and has had two of the toughest tests you can have in the Barclays Premier League, playing against a striker like Andy Carroll, with his physicality and power in the air, and playing at the Britannia Stadium against Stoke.

“Both challenges were answered with two outstanding performances and John has been working really well. That’s what’s important.

“Over the course of a season you need players who are ready to come in and help the team and John has been a terrific example of that.”