It has been reported that Robin van Persie is expected to return to Manchester United training today. 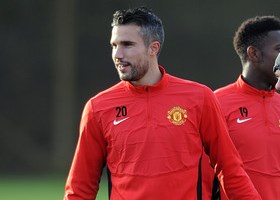 The former Arsenal striker has not played since damaging a thigh taking a corner in a Champions League game against Shakhtar Donetsk at the start of December.

So far this season, the Dutch international has played just 11 times in the Barclays Premier League and has scored seven goals.