It has been reported that Manchester United striker Robin van Persie feels they can catch Premier League leaders Chelsea after yesterday’s 1-1 draw. 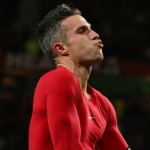 The former Arsenal striker was enthused by the comeback.

“It’s just a process and we are now in the middle of that process. It’s getting better every day, we are improving all the time. Today showed that.”

Asked if United can catch Chelsea, who remain the league leaders, he added: ”Of course we can, there’s a long way to go, nine, 10 games played and it’s not even halfway.

”In my opinion we are better every day. In training and if you look at games you can see we are comfy on the ball and we are playing better. Now we have to stretch games longer. We extended that into the hour and we try to aim to play like that for an hour and a half.”