Robin van Persie has declared that he had sympathy for David Moyes over his sacking at Manchester United. 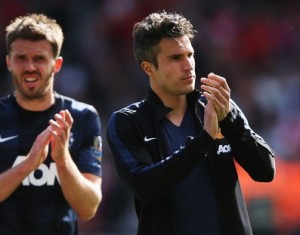 The former Everton boss is alleged to have had a string of bust-ups with high profile players – including Van Persie – but the Dutchman insists that wasn’t the case and admitted his sympathy with his former boss.

The former Arsenal star told BT Sport: “I think he tried his best and did everything in his power to make it work.

“I do feel sorry for him because when someone – a player or manager – gives his heart for the cause and it doesn’t work out the way everyone wants, of course it is sad.”