It has been reported that Manchester United striker Robin van Persie says the players are responding to manager Louis van Gaal’s methods. 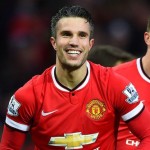 Van Gaal made Van Persie his captain with the national side and the move paid off as the unfancied Dutch team made it through to the World Cup semi-finals last year where they were defeated on penalties by Argentina.

It is not just Van Persie who believes in the 63-year-old.

The former Arsenal striker insists the rest of his team-mates are fully behind their manager.

“I have known him for over two years now, I know how he works,” Van Persie said.

“The players have been working with him only four or six months, everyone believes in themselves, our team-mates and our staff. We are confident it will change.

“Him and his coaching staff and we as players are trying everything we can to win games, not only win games but win them in a nice way as well.”