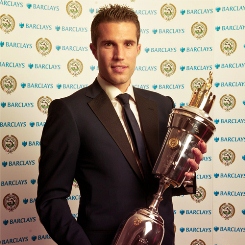 Gooners are hoping Podolski’s arrival will go some way to convincing Van Persie to stay.

And he told the Official Arsenal Matchday Programme: “He’s been at the highest level for eight or nine years now, scoring lots of goals and consistently proving to be a really good player. He has a really good left-foot shot and can play in a couple of positions, which is important for us as our game involves a lot of movement and interchanging.”

“As we have seen with Per, German players tend to be very professional in how they live, train and perform – it’s something I like about them and another reason why this is a great signing for us,” he said.