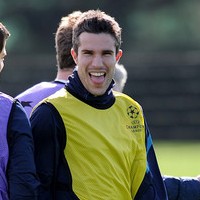 Arsenal captain Robin van Persie rates the Premier League the most competitive in the world.

Van Persie feels the Premier League is the most intense in Europe.

“It is very hard [to be consistent], especially in a league like England,” he told arsenal.com.

“In my opinion, if you look in a technical way, a physical way, the pace, the quickness of the game, all that stuff together, the Premier League is the hardest.

“I see lots of games from Italy and Spain, but overall it is the hardest league. It is tough to play the way we all want. We need to be consistent and get a win over the line, like at Liverpool. We did it now, and we can enjoy it, but we need to show it again [at Everton] and it may even be a harder game. But we have to give it our maximum and see where it ends.”

Arsenal Defender Isaac Hayden Eager To Go Out On Loan