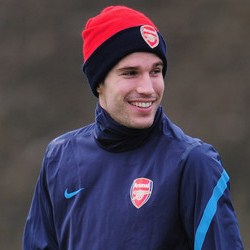 Reports are out claiming that Arsenal are ready to smash their wage ceiling to convince skipper Robin van Persie to stay.

The Mail on Sunday says Arsenal are ready to offer Robin van Persie an unprecedented pay deal, thought to be worth more than £150,000 a week and far in excess of what had previously been expected, in a bid to keep the striker next season.

The offer is likely to include a signing-on fee of about £5million in addition to a wage packet of more than £130,000 a week, which would comprise a record deal for an Arsenal player – though the club are aware that Van Persie’s decision will not be wholly down to the money on offer but by the future prospects of the club.